The Return of Elf on the Shelf

Day 1 | Metal Mouth
I wasn’t certain if our Elf on the Shelf, Buddy, would return this year.  Much to our surprise, on the morning of December 1, we found Buddy on the dining room table.  He was sporting some new braces on his teeth.  Sophia was scheduled to get her own braces later that same day. 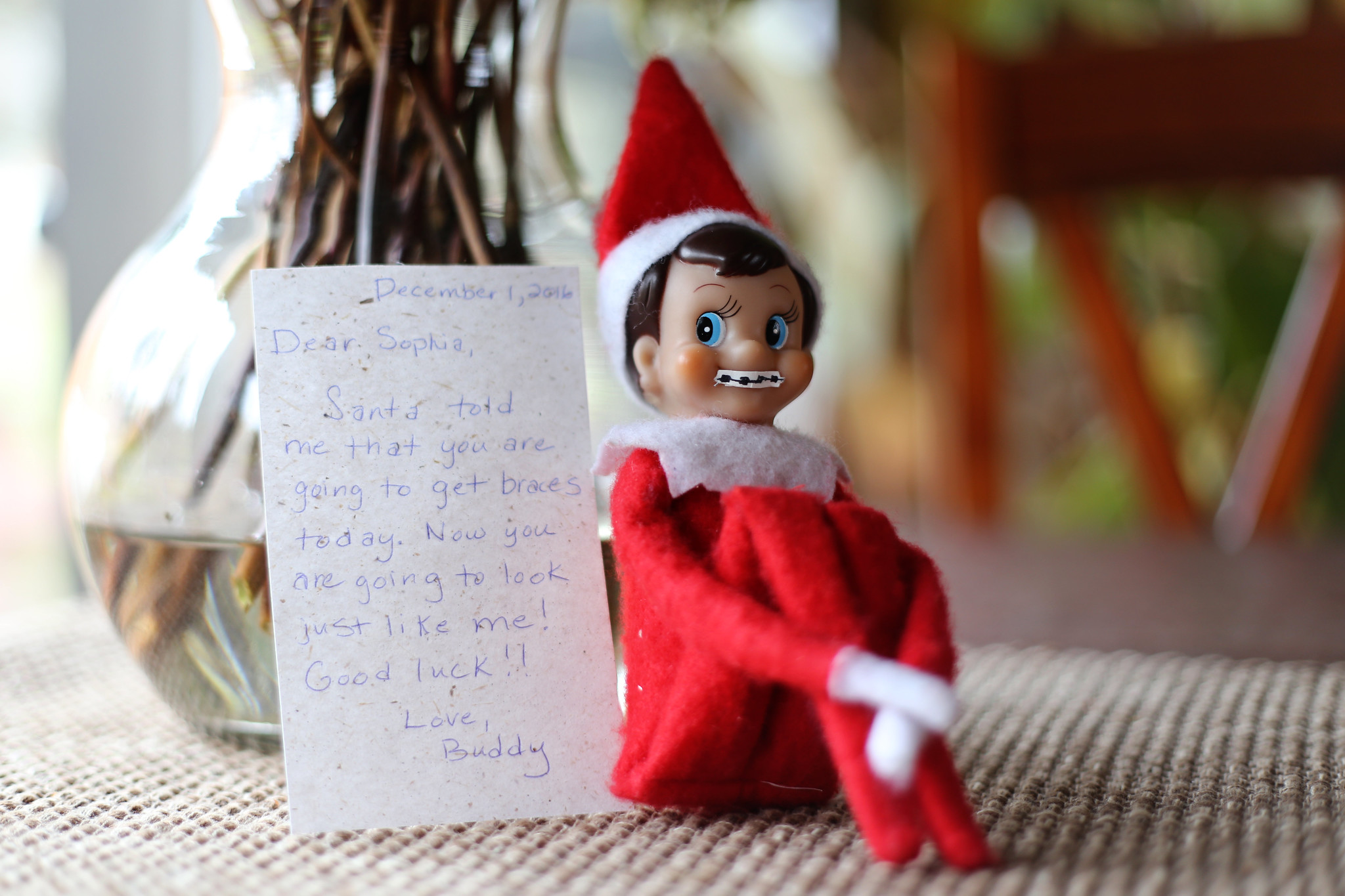 Day 2 | Office Shenanigans
On day two Buddy was already getting into trouble.  He found our copier and was printing a selfie. 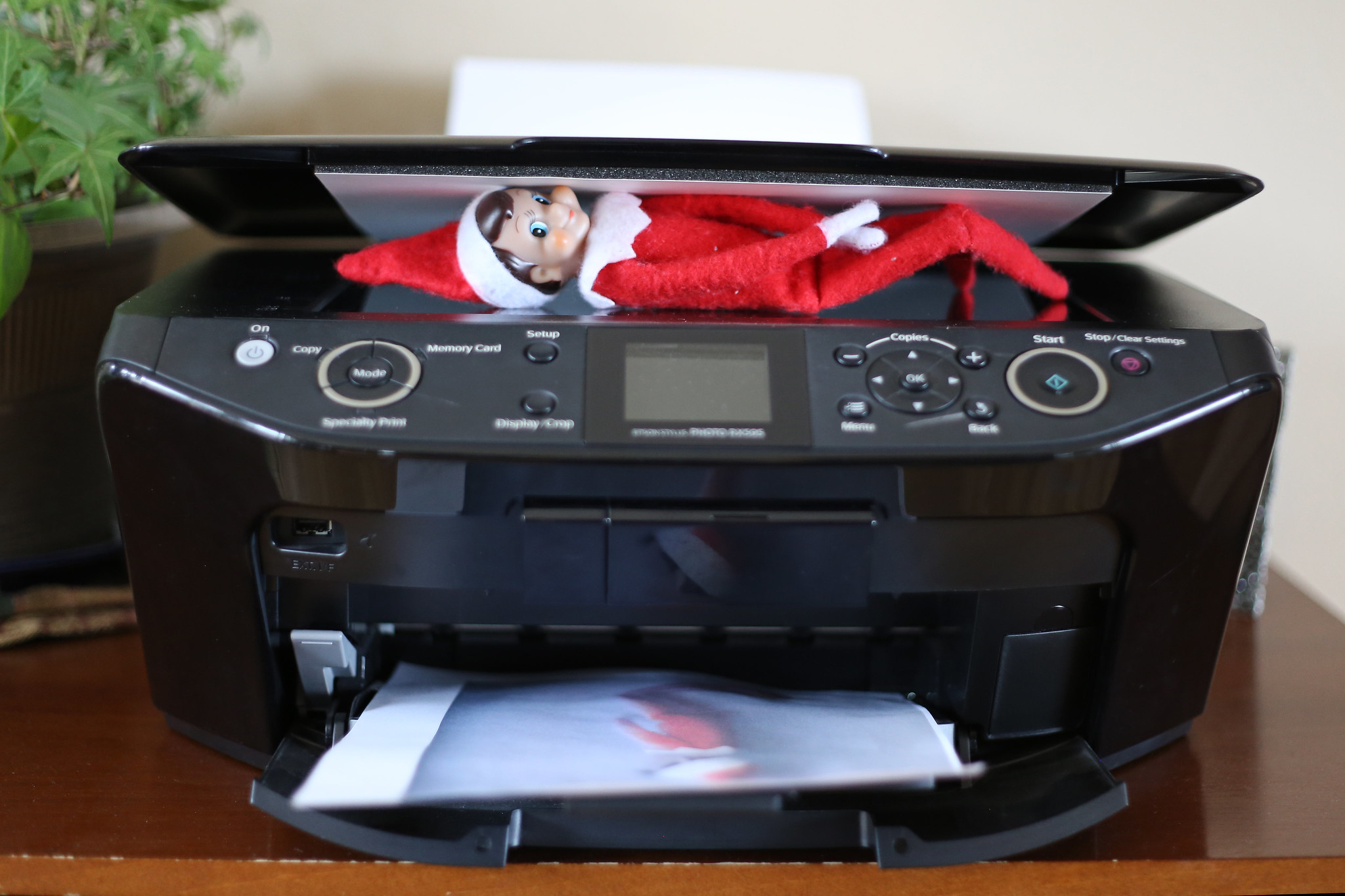 Day 3 | Holiday Decorating
Buddy was in the holiday spirit on day three and thought it was time we began decorating for Christmas. 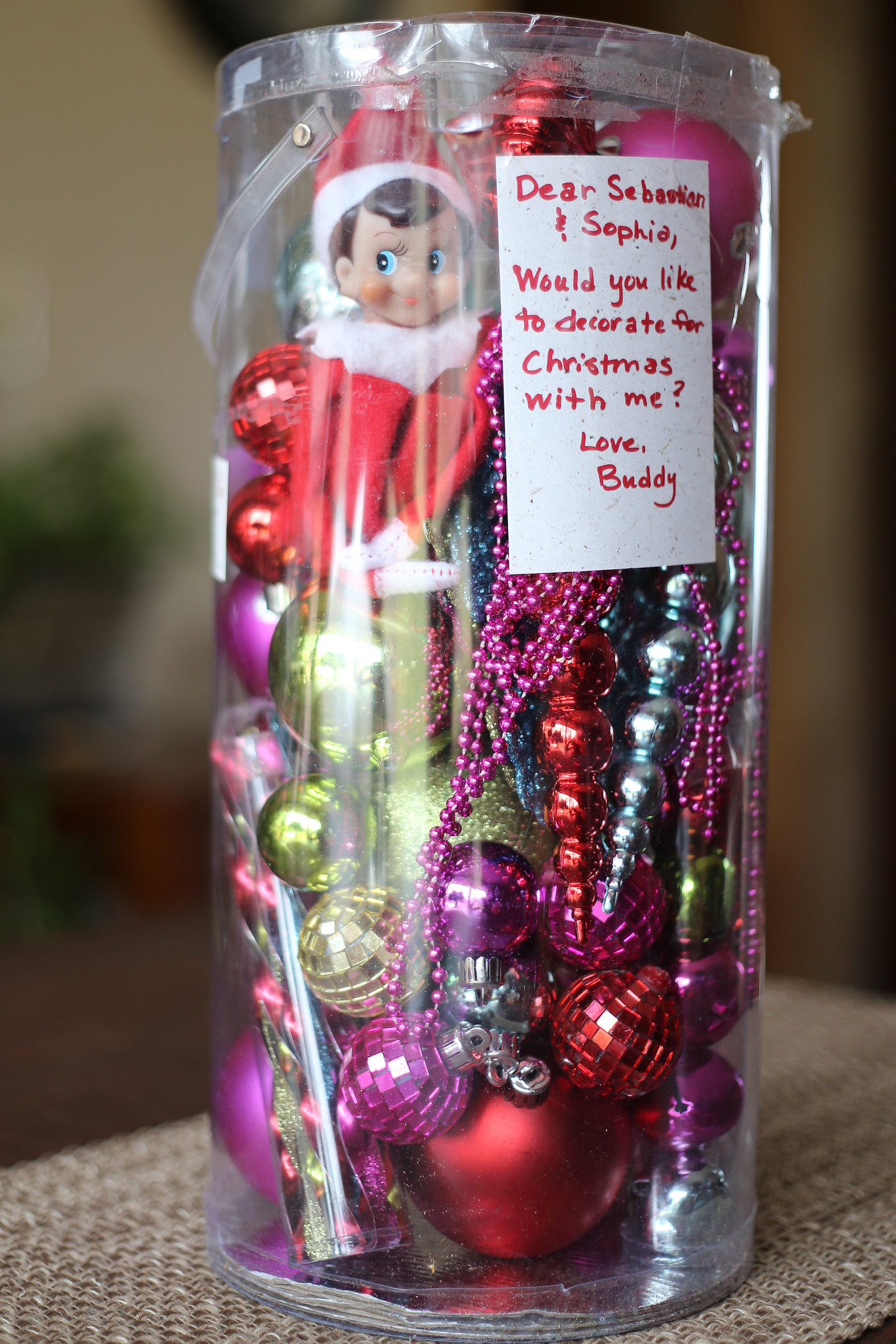 Day 4  | Buddy The Contractor
Buddy must have been aware that our basement renovation project was moving slower that we had hoped and on day four he offered to lend a hand.  He even brought along his own tools. 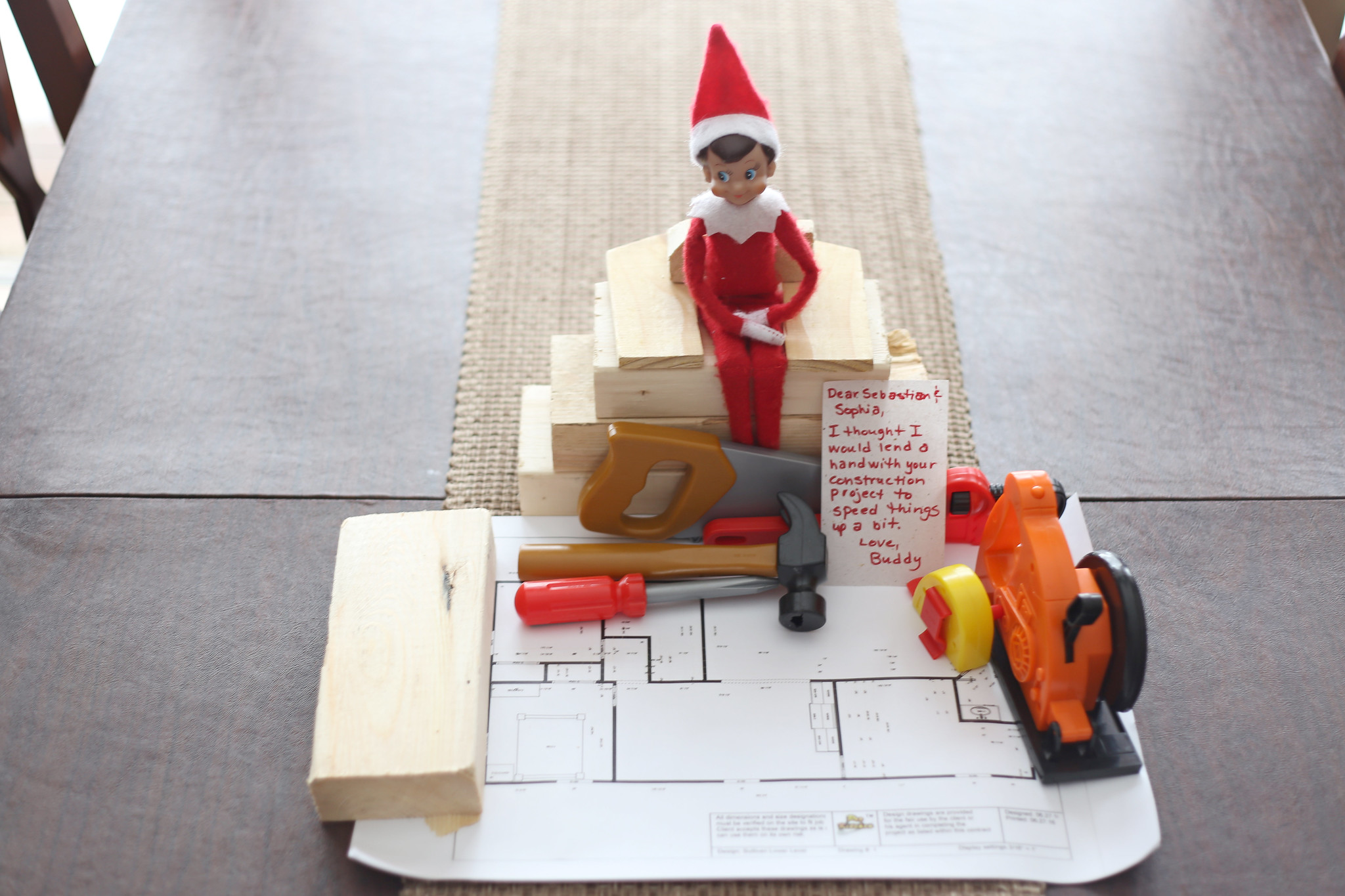 Day 5 | Frozen
In the spirit of the movie Frozen, Buddy decided it would be fun to make a snowman on day five.  He even asked if we wanted to build a snowman too. 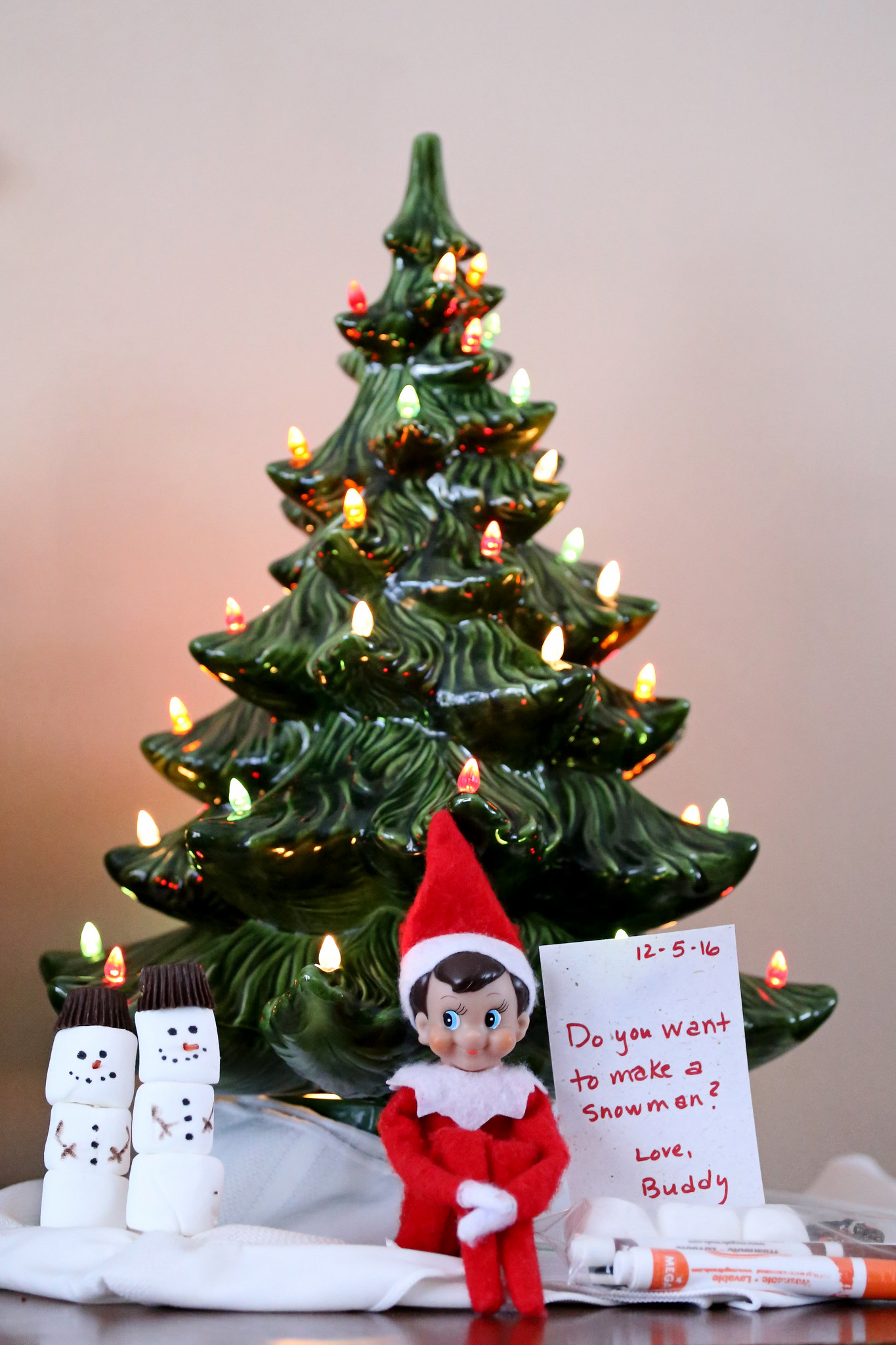 Day 6 | Buddy The Tailor
Buddy was disappointed  that there wasn’t a Christmas stocking above the fireplace for him.  On day six he decided to make his own. 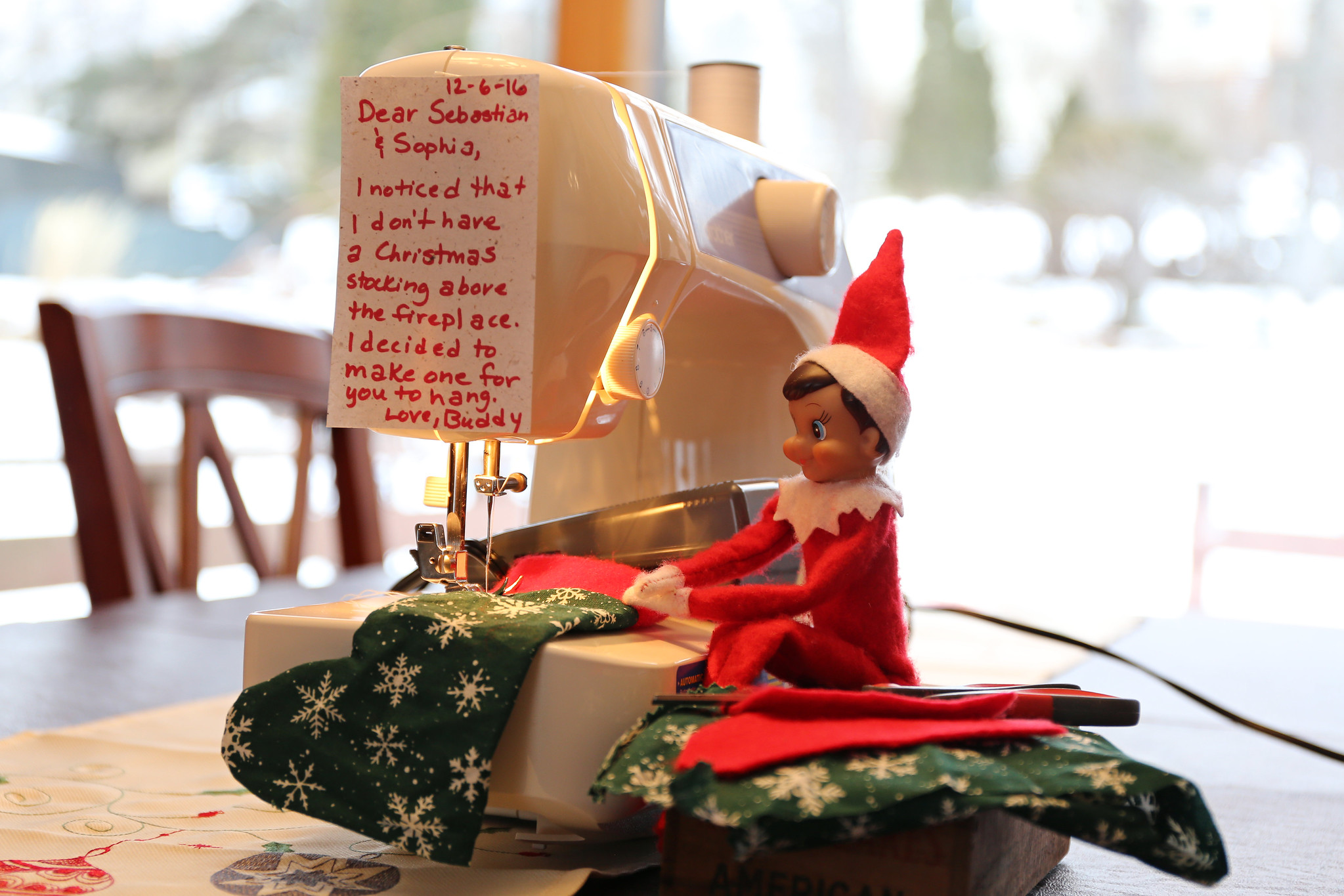 Day 7 | Licensed To Drive
Like Sebastian, Buddy also received his driver’s license recently.  He borrowed one of Sebastian’s old model cars and took it for a ride. 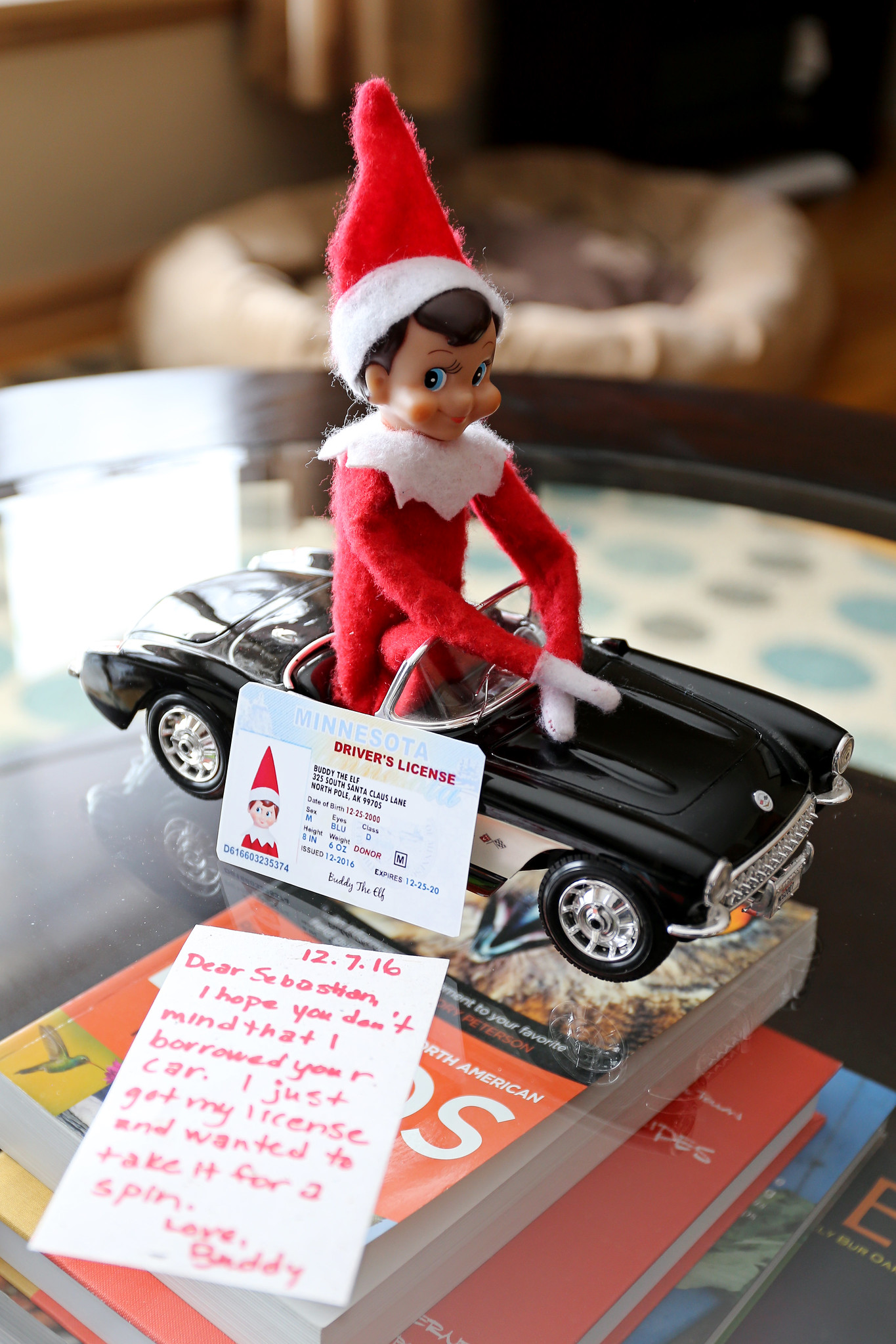 Day 8 | Superhero
Just being Buddy The Elf is not enough for our very own caped crusader. 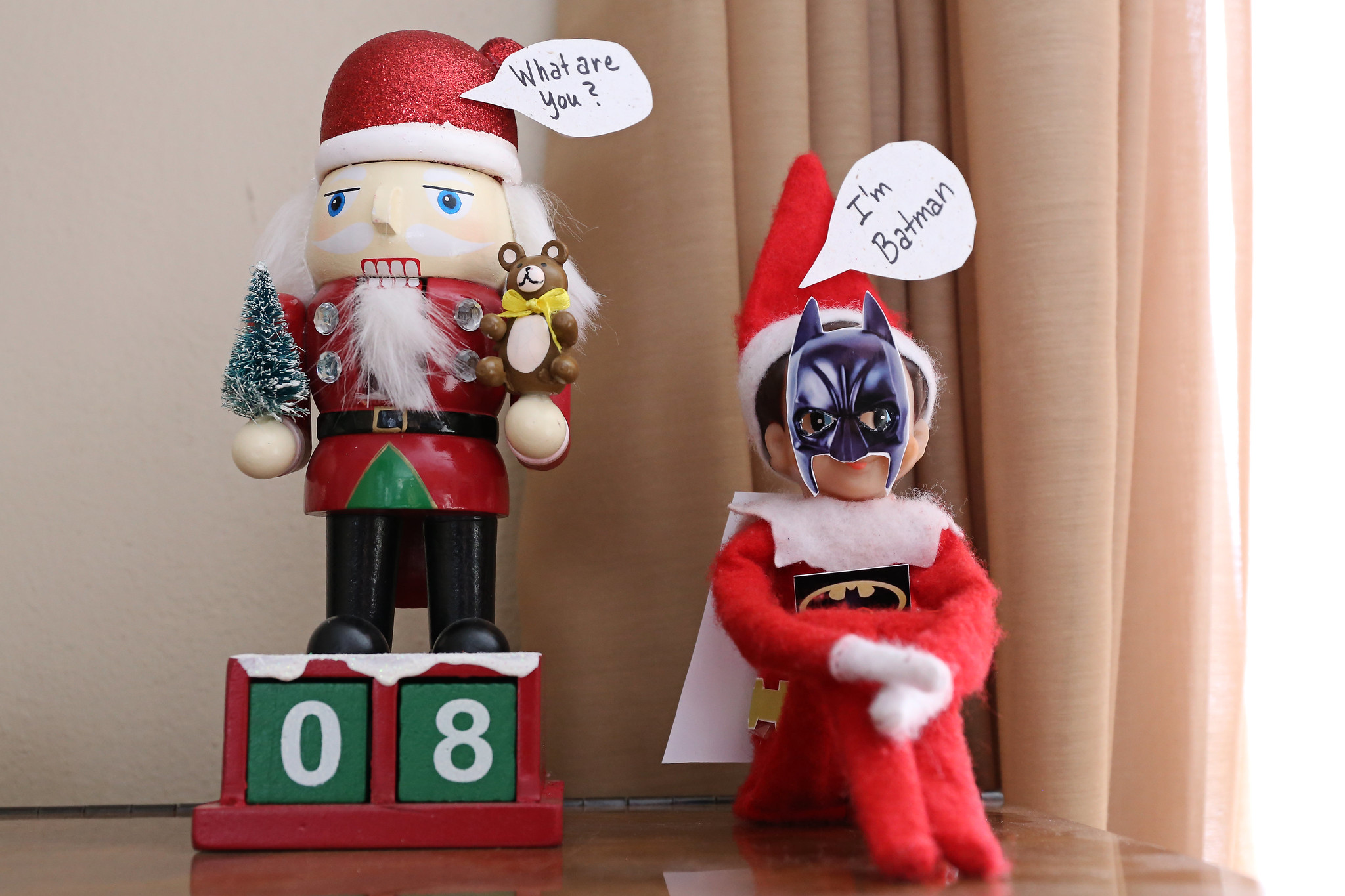 What will Buddy do next?  Stay tuned.

4 thoughts on “The Return of Elf on the Shelf”